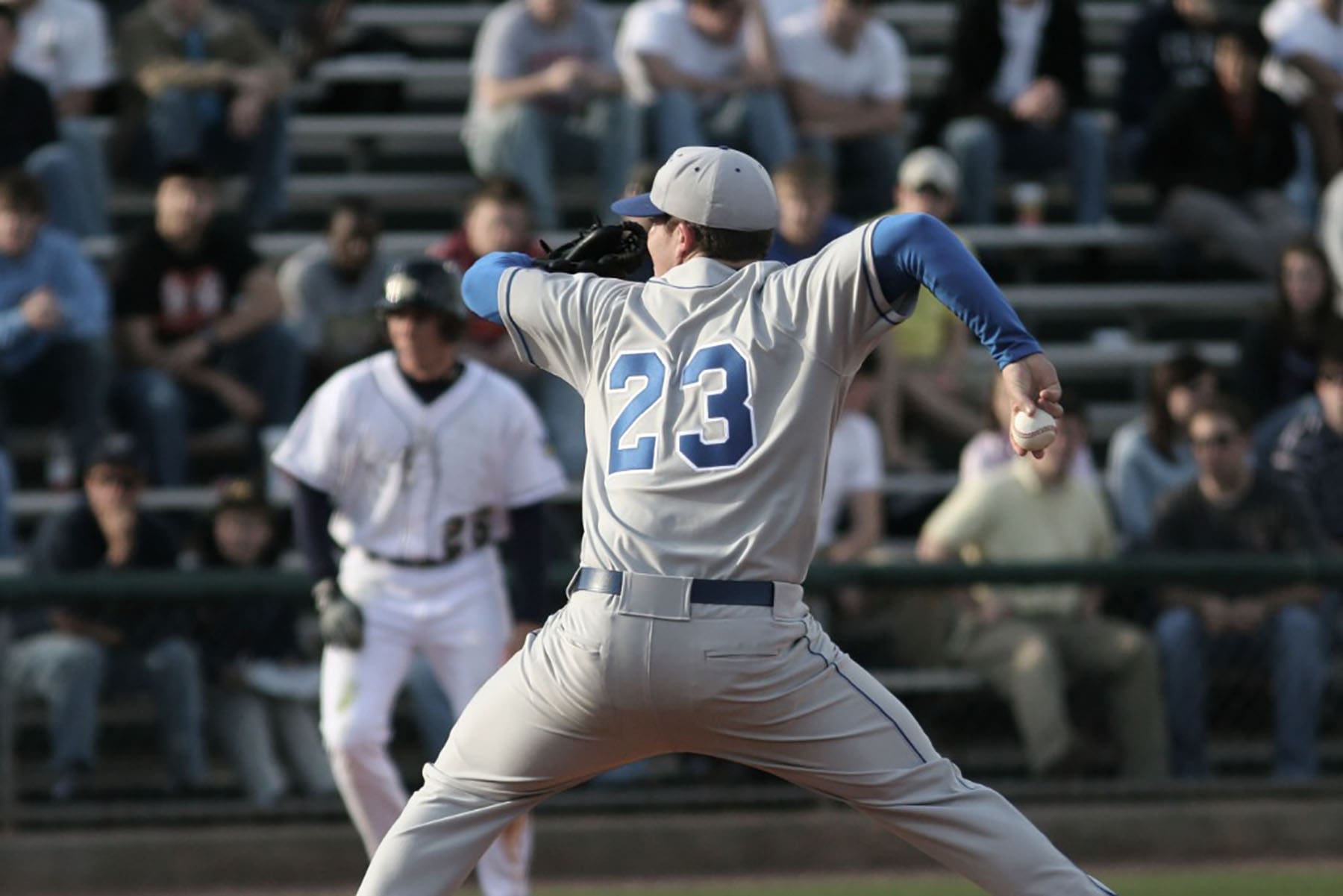 What kind of injury leads to Tommy John surgery?

Tommy John surgery refers to reconstruction of the elbow’s ulnar collateral ligament (UCL), so named since the first of these procedures was done on LA Dodgers pitcher Tommy John in 1974.  The anterior band of the UCL is a strong, cord-like ligament on the inner aspect (near the “funny bone”) of your elbow.  It can be injured traumatically or, more commonly, in athletes involved in repetitive overhead sports, particularly throwers.  Sudden injuries occur with trauma, frequently due to elbow dislocations. While a sudden injury to this ligament can also result from throwing, our throwing athletes more commonly develop a gradual degeneration of this ligament which can ultimately leave it too weak to sufficiently stabilize the elbow through the normal throwing motion.  When this happens, rarely is there sudden onset of pain.  Rather, a gradual soreness develops and velocity and location can suffer as a result.  This can also happen to quarterbacks, volleyball hitters and tennis players although it is less common and often less problematic in these athletes than in baseball players.

Why does this ligament tear in pitchers?

Research into the causes of UCL injuries in throwers is not clear cut in terms of pitch count, types of pitches thrown, etc.  What is clear, however, is that a high volume of throws coupled with higher throwing forces (and velocity) will contribute over time to stress and cumulative injury of the ligament.  Less than ideal throwing mechanics, whether a result of poor form or fatigue, will significantly increase the stress the elbow sees during throwing which is why pitch count, conditioning and proper mechanics are important.

Did I tear it because of too many curveballs?

The answer to this is still unclear but biomechanical studies have shown that curveballs place less stress on the UCL than fastballs (screwballs place the highest stress on the UCL).  Since the UCL can be thought of as a thin cord that gets pulled and stretched every time a pitcher throws a ball, it’s easy to imagine that, over time, the cord will thin and can ultimately break.  Most athletes have similarly sized UCL’s and therefore, someone who throws 90 MPH will put more cumulative stress on their UCL than someone throwing 70 MPH.  Again, observing pitch counts, using proper mechanics and avoiding stress pitches while fatigued are all controllable factors that can protect the UCL.

Will I have to have surgery?

If an UCL injury is suspected, we will likely order an MRI or an ultrasound.  Partial tears are frequently treatable with rest and therapy along with correction of throwing mechanics.  Occasionally platelet-rich plasma (PRP) injections are recommended for partial tears. In elite non-throwing athletes, even with severe tears, most can return to their normal athletic activities with several months of therapy and bracing.  However, our throwing athletes with significant UCL injuries often require surgery to return to their previous level of pitching.

What is Tommy John surgery?

If nonsurgical options fail to resolve your problem or if the damage is too extensive, surgical treatment may be recommended.  This involves a reconstruction of the ligament typically using tissue from elsewhere in the patient’s body often either the wrist or the knee.  This is then inserted into the elbow to function as a new UCL–this is what is commonly known as “Tommy John” surgery.  The surgery takes just over 60 minutes and is done on an outpatient basis though a 9-12 month period of healing and rehab is required prior to full return to athletics.

In select injuries, a repair of the damaged ligament (as opposed to a reconstruction with alternate tissue) with placement of an internal brace can be performed.  This is a newer technique which Dr. Bak has been performing and can shorten the ultimate return to throwing in appropriate patients. This is appropriate only in acute tears with specific anatomic characteristics with a recovery slightly shorter than formal reconstruction.

Typically return to throwing occurs 6-9 months after surgery but often requires over a year of healing and rehabilitation to return to high-level throwing on a routine basis.  Success rates are quite high for this procedure if time is appropriately invested in your rehab program.  Having trained under New York Yankees team physician, Dr. Christopher Ahmad, Dr. Bak is well-trained and highly experienced in treating these injuries.

Will I throw harder after the surgery?

There is an undercurrent of thought that throwers have increased velocity after TJ surgery, in some cases causing throwers to inquire about the surgery without an injury.  There is no evidence that velocity increases after the surgery.  However, as UCL injuries often develop gradually, there may have been a minor dip in velocity prior to developing symptoms that causes some to erroneously attribute increased velo after returning to the mound to the surgery rather than the fact they are throwing with a healthy elbow again.  Also, the focus on rehab and mechanics during recovery likely has more to do with improved velocity as opposed to a direct result of UCL surgery.